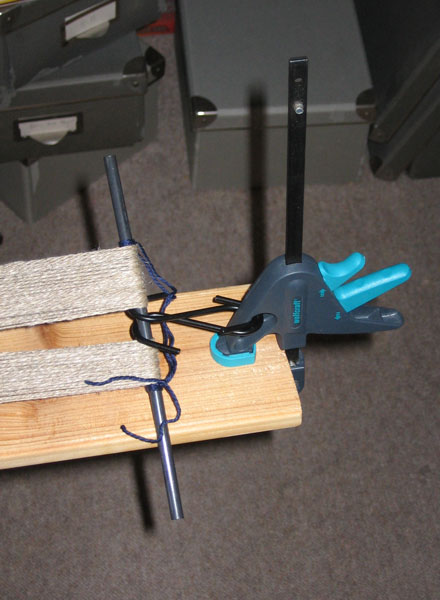 Description: This shows the "other" end of my current tablet weaving warp -- the end I'm weaving toward. The warp was originally wound around the post of the clamp, but I decided I'd rather have it in the horizontal plane; so I slipped a stick through the warp loops and have attached them to the clamp with a hook. (Two hooks, actually, because a single hook was wobbly.) Uploaded: 9/12/2005 by RuthMacGregor