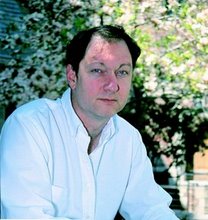 Description: John Richard Lott Jr. (born May 8, 1958) is a senior research scientist at the University of Maryland, College Park and has held research positions at numerous institutions, including the University of Chicago, Yale University, the Wharton School at the University of Pennsylvania, and the American Enterprise Institute. He holds a Ph.D. in economics from UCLA, and his research interests include econometrics, law and economics, public choice theory, industrial organization, public finance, microeconomics, and environmental regulation. Lott is also a well-known author in both academia and in popular culture. He has published over 90 articles in peer-reviewed academic journals related to his research areas, and has authored five books, including More Guns, Less Crime, The Bias Against Guns, and Freedomnomics. A frequent writer of opinion editorials, Lott has become most well-known outside of academic econometrics for his participation in the gun rights debate, particularly his arguments for allowing Americans to freely own and carry guns. He is also known for taking strong economic positions on topics regarding the government, politics, and other world issues. Uploaded: 4/7/2008 by Sam Griffin