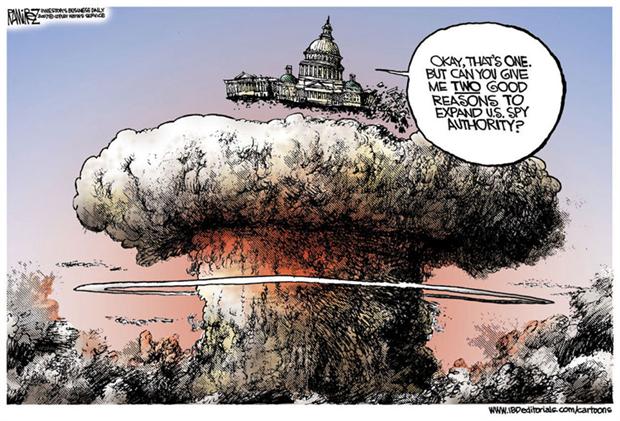 Description: Who is right? Bush asked for the Patriot Act to give him the authority to tap incoming foreign calls to get the jump on terrorists' plans. The Democrats feel that the Constitution should not be infringed (except for any so-called 2nd Amendment rights). After all, what's the down side? Uploaded: 3/19/2008 by Sam Griffin