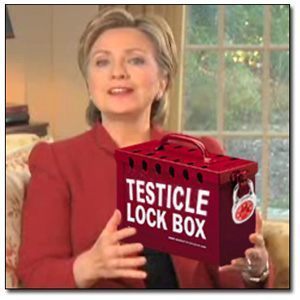 Description: One of the most important actions that Hillary had to take when she decided to run for President in 2008 was to find a way to keep her husband, former President Bill Clinton, under control and prevent him from having any more embarassing "bimbo eruptions" during her campaign. Uploaded: 2/7/2008 by Sam Griffin